Well not really, the last time I went hunting was 15 years ago and I shot a rabbit and it screamed. Screaming rabbits don’t sound very nice & I haven’t been back since. Argentina has some of the best meat in the world however, and it comes handily pre-killed.

Mendoza’s a short but slow and windy trip over the Andes. The scenery makes up for it and the city itself is a picturesque and lively student town resting beneath the Andes. After a few days of eating beef, drinking  and generally relaxing I reached the following conclusions:

1. Argentinians do not really like Chileans. Apparently this has something to do with the Chileans letting the British use the country during the Falklands War….

2. Steak and salad does wonders for the figures of the fairer sex.

3. There are no waves in western Argentina and I get bored easily. The repeat cycle of being out late, sleeping in and lazing around during the day waiting for the next late night wears thin and i’m out.

Thanks Argentina, that was fun but good to be back on the coast. 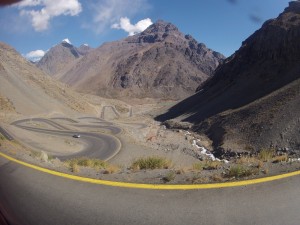 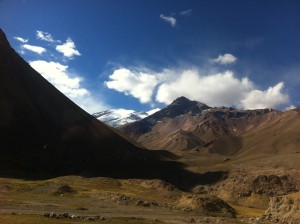 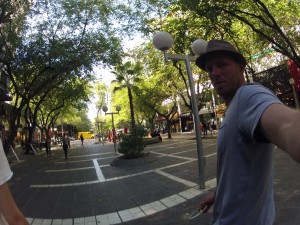 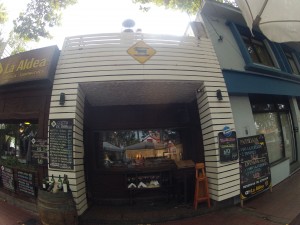 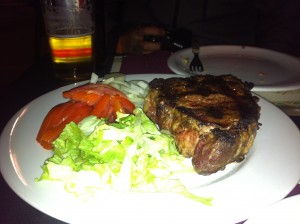 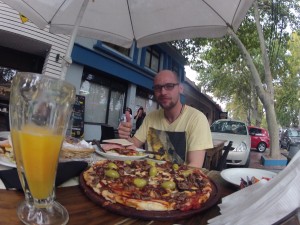 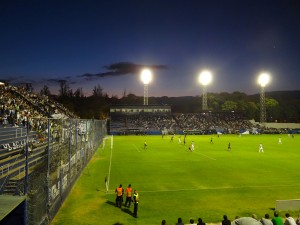 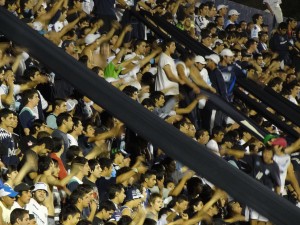 Small but vocal crowd at the local derby match. 4th division league but who cares when you can sing (and throw) abuse at the opposition for 90 mins huh.