Chicama. Up there with G-Land, J-Bay and Pipe as must-surf waves in your lifetime.

The entire point from tip to the Pier is around 2.5 miles or nearly 4 km. But they don’t connect the whole way through. The inside half from ‘Main Point’ through ‘El Hombre’ and into the Pier can, and at a total distance of 1.3 miles or just over 2 km it still takes the cake as the longest wave around (over Snapper through Kirra at ~1.8km and Peaks through Shipwreck Bay at 1.5k). I dunno, maybe some of these Namibian points they’re surfing now could be a bit longer but fcked if i’m spending a year hunting around that desert! 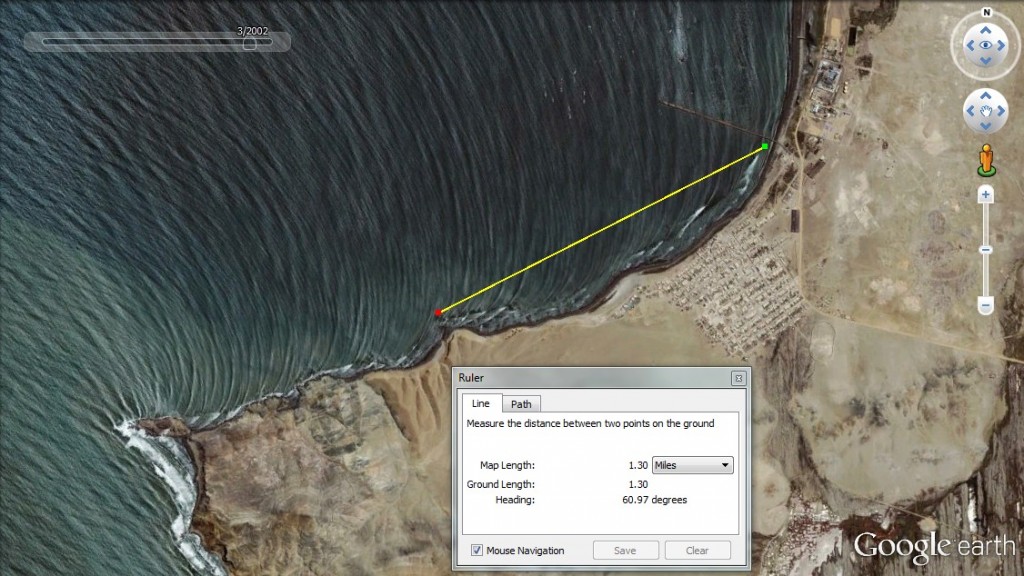 So, seeing a 14ft, 16s swell approaching PQ & I made a pretty easy decision to spend 48 hours travelling north to make Chicama in time. We had a few hours in Lima on the way and checked out the pumping waves at Miraflores, the Centro Historica and, ignoring Kurt’s good advice of not indulging in Peruvian food until after the surf (why drive all the way just to get sick as the swell hits) found some epic local market food. 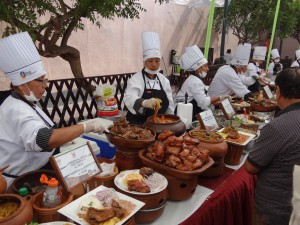 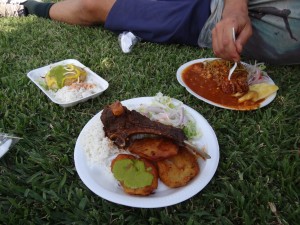 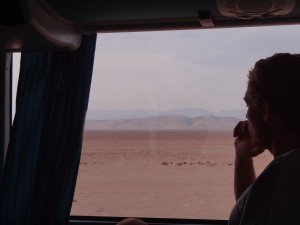 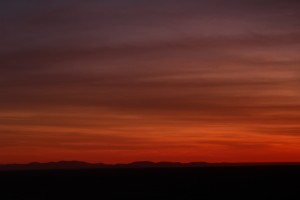 Reached Chicama through some amazing desert scenery the day before the swell and got in some practice on nice little 3 foot runners. Mini Simmons likes this wave. Found a great little hostel right on the point and the next morning reveals 3-4 foot lines running down the point in the pre-dawn light. The point is so long that the walk back up takes a good 30 minutes. This can be short-cut by taking a $2 tuk-tuk ride from town where the wave ends up to the hill above the main point. While this is somewhat cheating it vastly increases surf-time and decreases chronic boatshort rash! However, enterprising locals worked out that travelling surfers will pay even more for a boat which runs them back up the point after their waves and drops them outside the waiting lineup…. I was somewhat skeptical of this at first and through i’d see how the walk/paddle option went before opting for the boat. I was dropped any thoughts of this after seeing them operate. Etiquate, manners, commonsense all out the window in the chase for tourist $. The boats weave down the point looking for people to pick up before speeding back up just outside the break line putting nasty boat wake through the lineup and dropping their passengers just outside the first surfers in line. As the swell peaked through Thursday and Friday there were up to 4 boats running and what should have been extremely plesent sessions turned frustrating and dangerous.

The easy solution was to surf before the boats got running and in the lunchtime/siester break in the early afternoon. This worked well and PQ & I had some great waves. The Simmons went amazingly through slow outside sections and the fast, hollow inside. Not quite big enough for the whole point to link but a couple of 800 m rides bring up the 1/2 mile. I’ll see you next big swell Chicama. 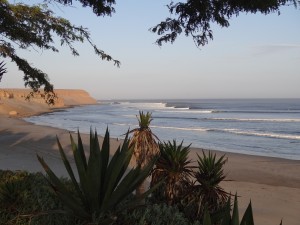 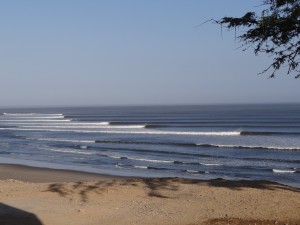 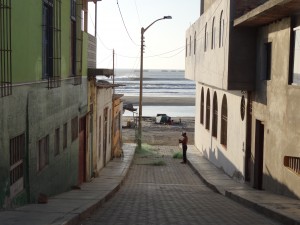 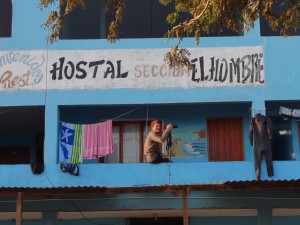 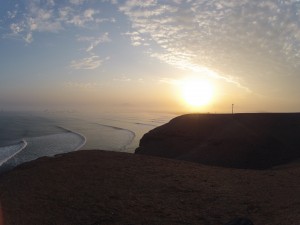 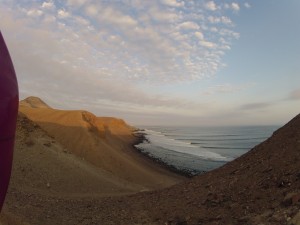 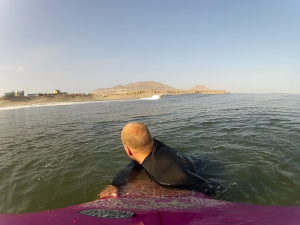 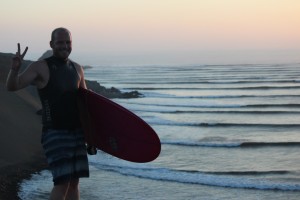 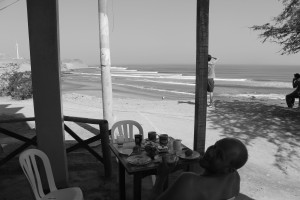 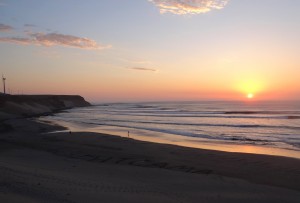 Swell drops and we’re off to Pacasmayo. Hitching a ride with Alex the German who’s driven a Landcruiser all the way from California. Legend. 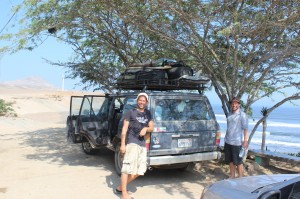 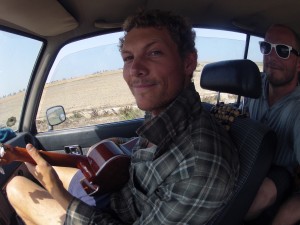 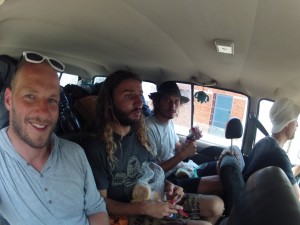 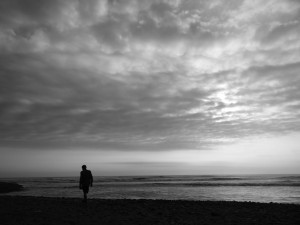