After living on such a high the last few days a come down was due; and it all came crashing down in spectacular fashion.  We tried to go out through customs the same way we came in – ignorant. And almost ALLmost made it through – Nicaragua was literally 30m away when the guard at the last checkpoint realised we didn’t have the correct paperwork and sent us back up the road. Sure we thought, ‘big problem, big problem’ we’ve heard that before, wait it out, pay a bit of tax and we’ll be on our way. Wrong. MutherF$#&ng Costa Rican customs decided that they wanted import tax on the truck (I don’t even know how that works as it was bought in Panama and we’re leaving Costa!?) to the tune of $2000 – two thirds of what it’s worth!? In the meantime they were confiscating it. We phoned friends, refused to sign anything, subtly offered other ways of resolving but nothing. Car goes to Lockup. We go to Nicaragua. Dirty f#$king thieving bastards. 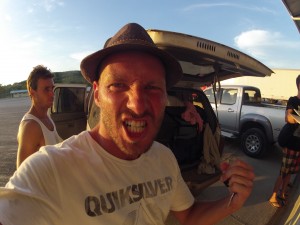 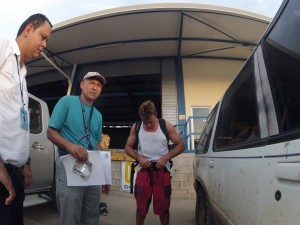 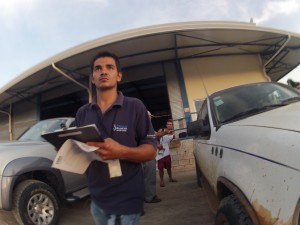 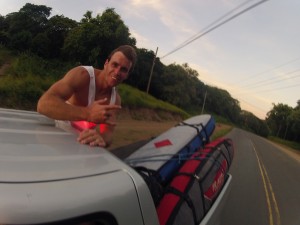 At Popoyo, Nicaragua. Still undecided what to do about the truck but at least its firing.

3 Responses to Crashing down